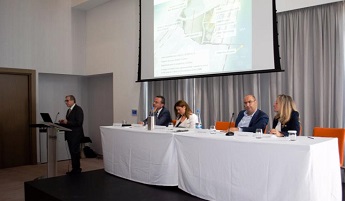 The vision and mission of the CMMI/MaRITeC-X a 30 million euro project co-funded by Cyprus Government and EU were presented during a Press Conference in Larnaca.

Focusing on key priority sectors such as maritime transport, offshore energy, maritime and coastal tourism and aquaculture, the CMMI will forge partnering relationships with well-known European institutions and businesses, active in the fields of research, technology and innovation for the Blue Economy, thus contributing to the transfer of knowledge, the development, application and dissemination of cutting-edge technologies, the exchange of best practices and the development of a critical mass of infrastructure and human capital in the Eastern Mediterranean region.

Find out more about the project here